skip to main | skip to sidebar

You must find ones porcupine! 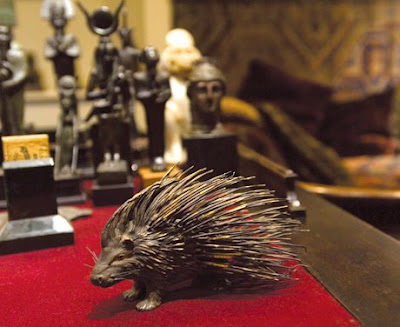 In Parerga und Paralipomena, published in 1851, Arthur Schopenhauer created a parable about the dilemma faced by porcupines in cold weather. He described a “company of porcupines” who “crowded themselves very close together one cold winter’s day so as to profit by one another’s warmth and so save themselves from being frozen to death. But soon they felt one another’s quills, which induced them to separate again.” And so on. The porcupines were “driven backwards and forwards from one trouble to the other,” until they found “a mean distance at which they could most tolerably exist.”
Posted by magnolo at 1:04 PM